The Porsche market saw 2,500 vehicles sold at classic and exotic car auctions during January-June 2022. When we break that down by model, it’s no surprise to see the 911 sitting at the top, with more than 1,600 sold. After that, Boxsters, 356s, and 944s take up second, third, and fourth positions, respectively.

As we know, state of the classic car market at large has benefitted by the economic “bull market” throughout 2021 and early 2022, and the growth of online auction platforms has also increased access to the market. Indeed, the Porsche market is following the overall trends, and many Porsche models are in the Top 100 Markets as of June 2022. Let’s dig in further…

Total Porsche vehicles sold at classic and exotic car auctions for the months of January-June over the past 5 years, broken down by model.

Total sales in USD for Porsche cars at classic and exotic car auctions for the months of January-June over the past 5 years, broken down by model.

The most valuable Porsche markets

In the first half of 2022, the three most valuable models were the 959, Carrera GT, and the 918 Spyder. All three of these markets saw average prices in the high-six-figures as recently as mid-2021. This year, they’re not only seven-figure cars, but each is rapidly approaching the $2M mark. Talk about appreciation!

Unsurprisingly, these "halo" cars have helped raise the profile of virtually all other Porsche models in 2022, and accordingly, their average sale prices. Porsche’s historic tendency to build a great variety of model variants means that certain sub-models, generations, and specs contribute to averages differently than others, but overall, it’s quite safe to say that the majority of their vehicles saw a distinct rise in value when compared to the same period last year.

While that’s all intriguing, it gets much deeper. Let’s dive into the best and worst of Porsche markets as of June 30, 2022. Our Top Porsche Markets list below includes the best performing individual model markets, i.e. those whose CLASSIC.COM Benchmark Value (CMB)* grew in the preceding 12 months.

Let’s put it this way: if you purchased a typical example of each of these 123 Porsche models a year ago, you’d enjoy a 19% ROI if selling today.

Note: Image is representative of the Market as a whole, not a specific listing.

It’s not entirely rosy for the classic Porsche market however, as 16 individual model markets actually decreased in terms of CMB. Among them was the 911S Targa 2.4L, whose 19% slip was the largest; the remaining 15 all saw decreases of 10% or less, with an average across all 16 markets of a modest 5% decline.

Folding these 16 Porsche markets that saw a declining CMB into the 123 that saw increases, the average total growth in marque CMB over the past 12 months drops only three points to a total average growth of 16%; a figure still clearly indicative of a healthy, highly dynamic market.

Still, the few individual Porsche markets that decreased in CMB during the past year paint a compelling picture: their average sales prices hover quite close to existing benchmark values, particularly in markets with relatively high volume. This likely means that these markets are now self-correcting, and reaching a temporary plateau rather than depreciating in any meaningful, long-term way.

Note: Image is representative of the Market as a whole, not a specific listing.

The top Porsche market (and #3 Top Market across this entire study) is the Carrera GT, whose benchmark value has virtually doubled since last year. With the exception of a small handful of outliers, all 22 sales prior to mid-2021 averaged $789K. In only the past 12 months, this average has leaped to $1.6M per transaction when counting 17 transactions, the lowest of which was $763K and the top of which fetched a cool $2M.

Surprisingly, the second best performing market was the base model, Porsche 928 in automatic. Its benchmark value increased almost as much as the Carrera GT’s.

Worth noting that the late September, record-breaking $1.8M sale of the Risky Business movie 928 (a manual!) heavily altered the model’s market dynamics, possibly helping to grow the 928’s CMB across multiple variants.

Looking for the next-best thing

With so many Porsche markets moving upwards as of late, many enthusiasts have apparently turned to cars offering the “next-best thing”, i.e. Porsche sub-models or specifications that are very close, but not identical to the brand’s most coveted and most collectible cars. For example:

Porsche built two different 964 Turbos, a 3.3-liter (which reutilized the preceding 930 Turbo’s engine), and an all-new 3.6-liter, which has traditionally been much more coveted. As the data immediately below clearly demonstrates, the 3.3-liter car is quickly catching up to its larger-displacement sibling, having enjoyed just short of twice its growth in CMB.

Maybe more like the “best of the rest”, the 993 Carrera S is arguably among the best naturally-aspirated, non-RS, RWD air-cooled 911s ever built. Sharing the wide-body with the more expensive (MSRP-wise) 993 Turbo, but in a lighter, RWD package, many could argue these were a better choice. While the manuals have fetched some more than the Tiptronic cars, the latter are literally the next-best-thing to the manuals, and are worth 40-50% less. Nevertheless, both variants have definitely been heating up over the last 8 years!

The 2.7 coupe was the 911’s range-topper for 1974 and 1975 US market model years, despite lacking the 210 hp, MFI engine of the ROW Carrera 2.7. As a result, these cars were long dismissed, reflected in the fact that they averaged a relatively small $40K-$50K average sales price only five years ago. Over the last 12 months, we’ve seen twelve 2.7 coupes sell for an average of $100K!

Long considered by many Porsche enthusiasts to be nothing more than a de-contented Carrera 2 with RS badging, and not a “true” rennsport deserving of the historic distinction, the RS America is now on the rise. For those wanting a special, limited-edition 964 with pin-sharp, track-biased handling, it’s tough to beat an RS America, whose values are now comfortable in excess of $100K and seems to be rapidly approaching the $200K+ of ROW 964 RS models.

Offered from 1970-1971, 911E was the second-sportiest MFI-equipped 911 underneath the 911S. Intended as a replacement for the previous 911L (for “Luxury”), the 911E was a tamer, more comfortable version of the S, but still sportier and more powerful than the carb-fed 911T. 911S prices have long been sky-high, and so naturally the market has begun to reconsider the 911E for what it truly is; a superb, usable, rewarding vintage exotic that is second to none, regardless of what the spec sheets may say.

Cayennes, despite their size and heft, still hold the Porsche flame high, combining handling, feedback, and performance like few other SUVs. The face-lifted 957 Cayenne has seen strong growth over the past 12 months, much of which is likely attributable to a small flood of rare manual examples coming to market.

Whew, it’s been quite a ride so far this year, not only for the Porsche market, but for classic and exotic car markets at large. Be sure to check out our 2022 Half-Time Report and List of The Top 100 Markets for the first half of 2022 as well, as these provide a similar level of analysis and context, albeit across a wider spectrum.

It will be interesting to see how sales at the upcoming 2022 Monterey Car Week perform, as this major event is usually a solid, reliable barometer for overall market health. One thing’s for sure, you can count on us to dig into the data and keep you informed.

*The CLASSIC.COM Market Benchmark (CMB) is a benchmark value for vehicles in a given Market based on data accumulated by CLASSIC.COM and calculated by a proprietary algorithm that takes into account volume and recency of each data point. CMB can be used to assess the performance of a market over a given time period. However, it does not represent the value of a specific vehicle. Read more in our Glossary of Terms 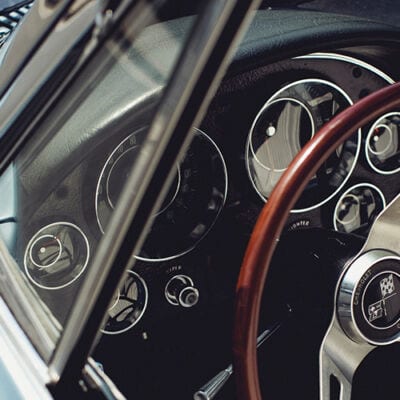 What is that Corvette C2 worth? 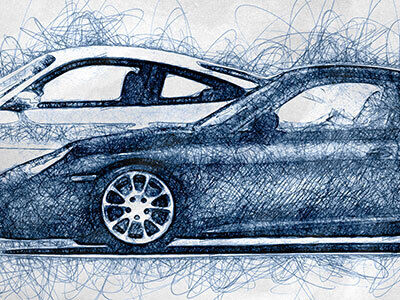 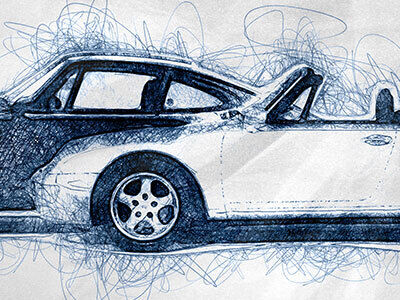